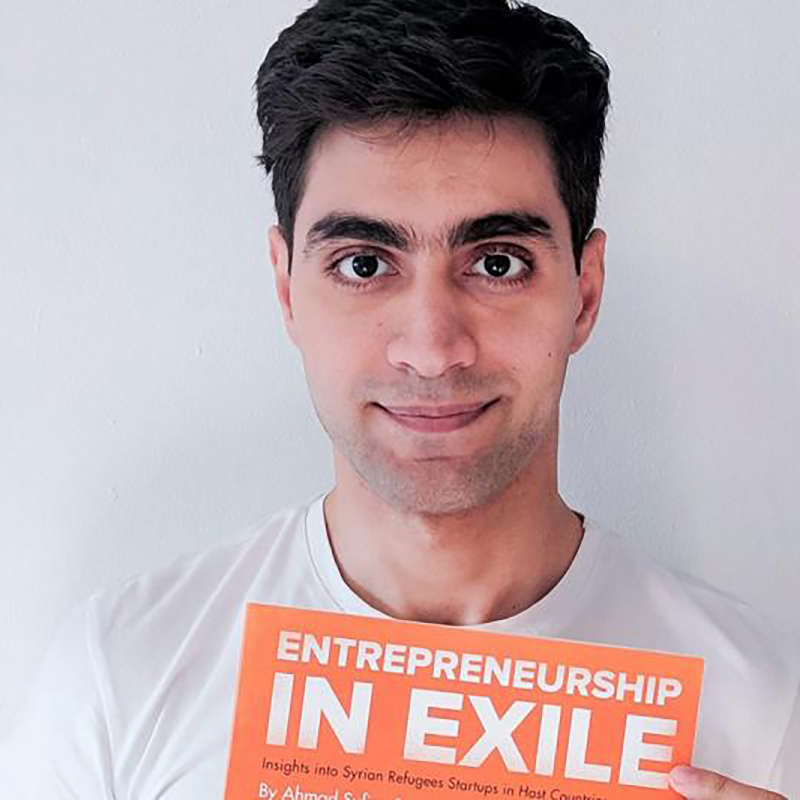 @ "Undertake in exile: learnings on social entrepreneurship of Syrian refugees"

Ahmad is a social entrepreneur, startup, and collaborative economy activist. He works as the Middle East and Africa Regional Manager at Techstars, where he supports hundreds of community leaders around the region with the primary aim of fostering entrepreneurship and building thriving startup ecosystems while creating solid grassroots leadership.

Since 2012, he has been helping many Syrians to gain access to entrepreneurship opportunities and build a supportive environment as the Startup Roadshow entrepreneurship program director, an adviser in the Techfugees Board, and Entrepreneur in Residence at Aliqtsadi, and mentor for several startups, non-profits, and international organizations.